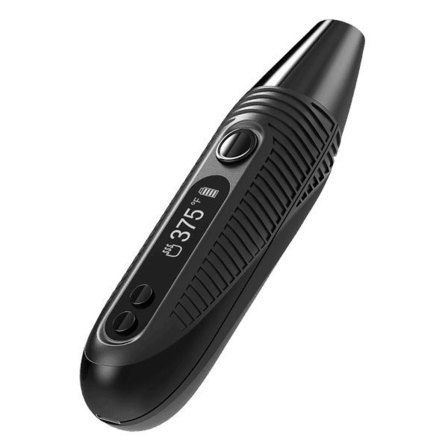 The Boundless CFC 2.0 vaporizer has an improved and amplified design with revolutionised airflow.
It is very discreet, compact, and lightweight, making it ideal for on-the-go use.
The unit features textured grooves and ridges which provide a stable and comfortable grip, while also keeping the device cool.
It features a ceramic bowl which can fit up to 0.5 grams of herb material.
Price:
NZ$ 140.00 including GST
UOM:
complete kit
CILVK020
Importer Out of Stock

The Boundless CFC 2.0 vaporizer uses conduction in order to vaporize and extract terpenes. Tug away the mouthpiece to reveal the ceramic bowl. Packing is very easy. Simply grind down your herb material to the desired texture and pour into the bowl which can hold up to 0.5 grams. Heat up time is lightning fast and you'll be able to pull tasty clouds within seconds.

How to turn on:

To power on the CFC 2.0, simply click the circular button five times in rapid succession. The unit will not power on if the clicks are too slow. Once in the ON mode the screen will illuminate and it will automatically heat up to the previously used temperature.

The unit will stay on for a period of five minutes after which it will go into standby mode. Use lower temperatures for tasty/flavourful hits, or boost up the temperature for more density and bigger clouds.

Switch between Celsius and Fahrenheit:

To switch between Celsius and Fahrenheit, press the increase and decrease temperature buttons at the same time.

Included with your CFC 2.0 vaporizer is a waterpipe adapter. This adapter connects to the vaporiser in place of the standard mouthpiece and is designed to fit female 14mm and 16mm stems.Using the waterpipe adapter not only helps alleviate irritation, but it can also enhance the overall taste of your herbs.

The CFC 2.0 is equipped with a single lithium ion 18650 battery. Charging time on average is around 3 hours when flat. On a full charge the CFC 2.0 will last around 12 - 14 continuous sessions at a temperature of around 200°C. Higher temperatures will drain the battery faster resulting in few sessions between charges.